Home / About Us / Our Mission / History

Home / About Us / Our Mission / History

The story of Redwood is a story of love, dedication, and community. It began in 1951 when Bill and Sue Reder discovered that Northern Kentucky had no services for their son, Ron, who was born with cerebral palsy. Al and Dorothy Wood, whose daughter, Cheryl, also had cerebral palsy, found themselves in a similar situation.  In 1953, under the leadership of the Reders and the Woods, these parents founded Redwood to provide services, solutions, and hope for all children with disabilities. 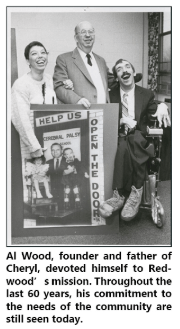 1974 – The new building was outgrown; Dorothy Wood raised $500,000 to expand and is subsequently honored by The Cincinnati Enquirer as one of Cincinnati’s Outstanding Women of the Year; Dorothy Wood passed away shortly after at the age of 59.

1976 – Joe VonLehman encourages Al Wood to start the Dorothy Wood Foundation in honor of his wife’s memory and dedication to people with disabilities. 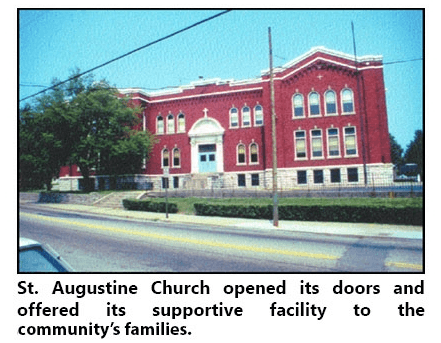 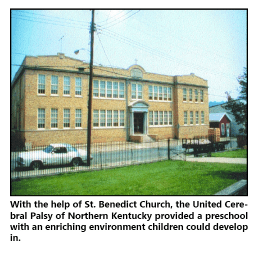 2004 – Groundbreaking for the new facility occurred.

2005 – Construction is completed, resulting in an additional 41,000 square feet and major renovation of the existing building.

2009 – Redwood launches its Adults NOW program, now the Young Adults Transitioning Program, for youth who are transitioning from school life to adulthood. 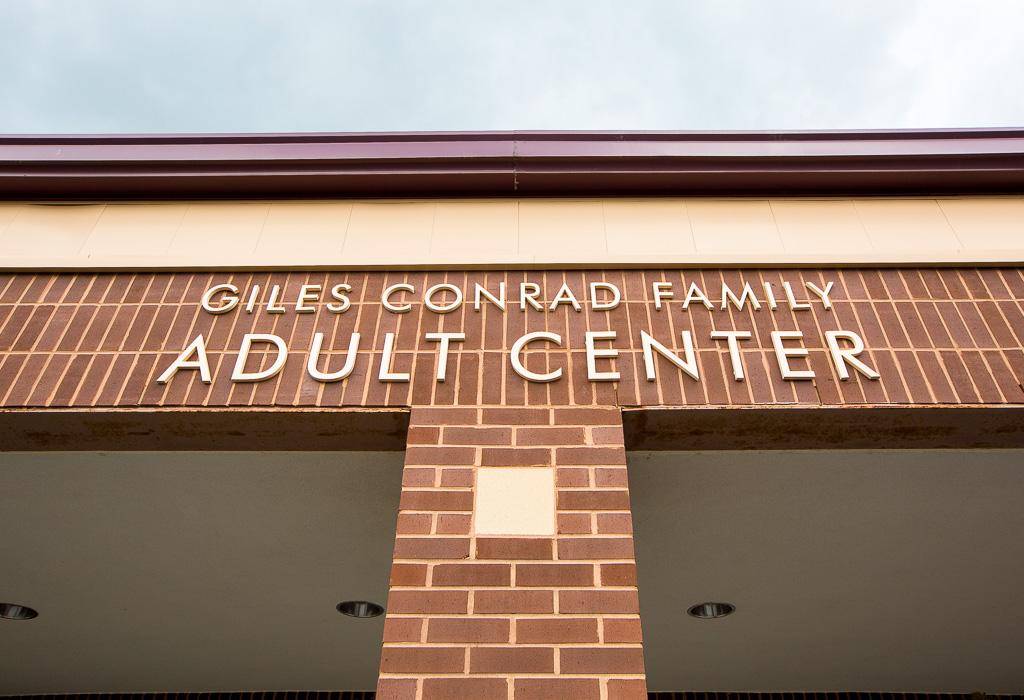 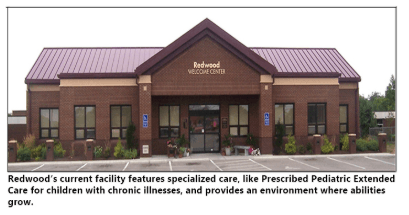 2012 – Redwood and DHL join forces to hire 40 adults at their CVG location.  Redwood also applies for and receives its license to begin offering Prescribed Pediatric Extended Care services to children with medical fragility due to chronic health conditions and disabilities.

2013 – Redwood celebrated its 60th year of service to people with disabilities in May 2013.  By the end of the year, Redwood procured three-year accreditation through the Council on Accreditation of Rehabilitation Facilities for all of its Adult Services programs.

Today, Redwood is working to quietly shatter barriers to the inclusion of people living with disabilities.