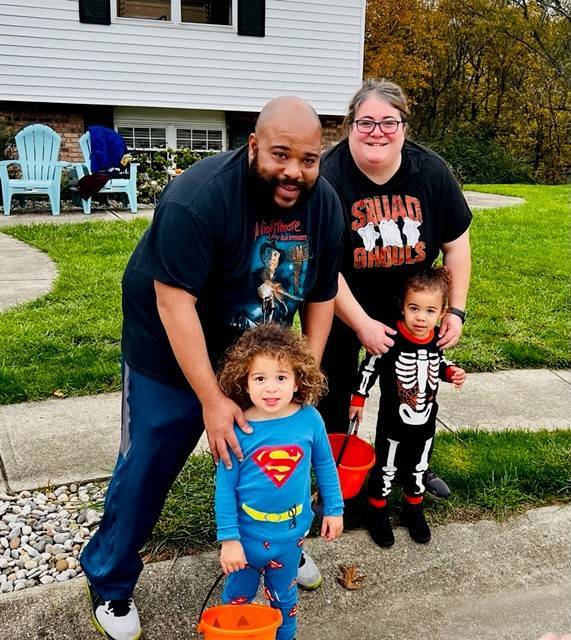 When they decided to start their family years ago, Traci and Lawrence Bedford moved to Edgewood, Ky., to take advantage of better educational options for their future children. About 18 months after their son, Lawrence Jr., was born, they noticed he was having difficulty speaking. Their first thought was to get him into a daycare facility to see if that might help.

They quickly found most centers were not equipped to help Lawrence, and that’s when a friend suggested the family contact Redwood. In June 2020, Traci enrolled both Lawrence and his brother Callan.

Lawrence has been diagnosed with Autism Spectrum Disorder. When he started, he was nonverbal. Today, a little more than 18 months later, he’s speaking in short sentences thanks to the therapies he receives at Redwood. As she witnesses the changes in both Lawrence and Callan, Traci realizes, “This is where they’re supposed to be.”

Knowing that Redwood is providing her children with great care has been instrumental in allowing Traci and her husband to continue their careers as well.

“Redwood takes that stress out of your life, and I can definitely say we couldn’t have asked for a better or safer place to have our children to allow us to pursue our careers,” she says.

The full range of services in one place allows caregivers and parents the ability to go to work each day knowing that their loved one is in good hands receiving all the services and care they need.

Traci shares her perspective that an investment in Redwood is a smart choice. “Lawrence started as a nonverbal two-and-a-half-year-old child. He’s going on three and a half and we now have four-word sentences. That’s a huge, huge success to not just Lawrence, but us as parents. We credit that to Redwood,” she says.

Pappy Days are Here Again – Get your raffle tickets now!